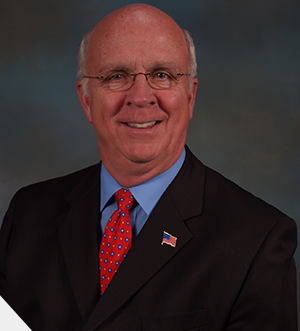 My career in education began in Rayne, LA, teaching and coaching football and basketball along with serving the community as their Parks and Recreation Director. In 1980, Jodie and I were married, and we moved to Hattiesburg for her to finish her last year in nursing school at USM. I served as the offensive coordinator and taught health and physical science for the Hattiesburg Public Schools. I then spent the next ten years as a teacher, coach and administrator in several private schools before joining Rankin County in 1992, as a teacher and coach at Northwest Rankin Attendance Center. While at Northwest Rankin, I served as transportation supervisor, middle school principal, high school principal and attendance center principal. I joined Madison County Schools in 1997, as an assistant principal at Madison Central HS, and was eventually named principal. In 2000, I became Deputy Superintendent. In 2011 and 2015, I was elected as Superintendent of Madison County Schools, the fifth largest school district in the state.  I retired from that position in 2018. In 2015, while still the superintendent in Madison County, I became the executive director of the MASSP.

I obtained my Bachelor of Science degree from the University of Southern Mississippi, my Master’s in Educational Leadership from Mississippi College, and my Ph.D. from Mississippi State University. I have been fortunate to attend and serve on the board of Millsap’s College Principals Institute, and attended the Harvard Principals’ Institute on two occasions.

I encourage you to look over our website and take advantage of the opportunities that MASSP offers to enhance your leadership skills. We are excited for you to join us and get involved!